When you live in an area that has lots of tourist attractions (I am less than an hour from London, and Surrey Kent and Sussex have plenty of stately homes and historic castles) it’s odd how you don’t tend to visit them unless you have friends come to visit!

I haven’t been to the Bluebell Railway since I was a child, which is more years ago than I care to mention, but yesterday it seemed like a good place to take some Canadian friends who were over for a visit. We had a great time – riding slowly on a steam-hauled special through the countryside, and exploring the old station and engine sheds at Sheffield Park.

It was also a great opportunity for me to just take some photos for the fun of it, as opposed to “work”! Not that I don’t enjoy shooting for clients, but you know what I mean!

The Bluebell Railway was actually the first preserved railway in the world, opening in 1960, less than 3 years after British Rail had closed the line! Since then it has become deservedly famous, and now has 30 locomotives on its roster and is enjoyed by about 175,000 visitors a year.

Anyway here are a few of the images that I made… 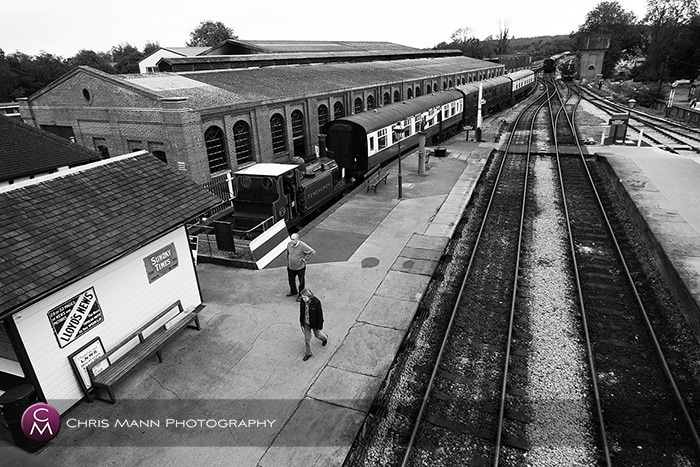